I was at work listening to some christian rap music and I heard the song/poetry recital of Shai Linne’s ‘The Perfection of Beauty‘. Her profound words spoke about where to find true beauty, not in the sins of the world, not in the lies propagated by the media, but true beauty lies with God and His

Beauty is sold in exchange for a “dime”
Nothing to attract us to You, yet we worship Your creation as fine

Captivated by its forbidden fruit
Pleasing our senses, so we suppress the truth
And eat the lie

Media’s fig leaf deadening our soul and mind
Sin blinding us to You
The, only objective Beauty that’s truly absolute
Hidden in the symmetry of Your goodness, glory and truth
Each attribute working harmoniously
Justice with patience, wrath with graciousness
Omnipotence with humility, long-suffering with faithfulness
Each a note to a sweet melody
The ultimate hymn entitled “God’s Beauty”
Immutable, no change
Because “dimes” get lost daydreaming in dark gutters
Unable to hear the call to wake up
They, the noose, dripping honeysuckle
Lips pasted on with Mac makeup
If they truly beheld Your beauty
You’d make magazines and Mattell go bankrupt
You sent Your Beloved to be lifted up
On a beautiful, seemingly ugly cross
The, visible image of Your hiddenness
Only You are beautiful and yet invisible
True beauty is, spiritual

Therefore, sanctify our worldly minds
Your complexion is unappealing to lustful eyes
Besides, apart from new birth in Christ
Sinners beholding Your Holy beauty would die
Therefore, beauty residing in the eye of the beholder is a lie
It is found in the Beautiful One- The Most High

As usual I love to hear feedback from you guys. So what are your thoughts on this poem?

Sex is great. It’s one of the greatest acts that man could engage in. Is sex wrong? A very loaded question.

Believers vs Non-believers
For a non-believer, of course not! How can something that’s so natural ever be “wrong”? I can empathize, truly I can. But for a christian, it’s not right. Why? Why should non-believers have all that fun…

The Book of Guidelines
…Because Christians are given a book which outlines how s/he should live his/her life as best as possible — granted as a christian you will falter along the way because we’re still human — if you want to inherit the Kingdom of Heaven — a Christian’s ultimate goal.

Conclusion
I believe that some Christians are too judgmental and hypocritical. The same can be said for non-believers. When one Christians condemns something, you guys [non-Christians] cast a huge net on all Christians and condemn everything we say or do.

Everyone is different. We won’t necessarily share the same thoughts on topical issues. When we ALL (Christians and non-Christians alike) begin to truly accept that, and start focusing on the bigger issues, as Jefferson said; the world will truly be a better place.

The role of a father is vital and paramount in determining how our children turn out. Don’t get me wrong, a mother’s role is as important in any family, hands down, but studies have shown that when a father is missing from a household, the likelihood of the children, especially the boys, acting out increases.

Did you know that:

So how can we address this problem?

Firstly, the decision to have a child should be thought through in its entirety with your partner. Children are not accessories you pick up at the store. If you decide to become a parent, that child is your responsibility. You must do all that you can to ensure that that child has a bright and positive future. Parents should listen to their children. Give them chores at all levels to teach responsibility. Spend time doing the things they love to do — if the child is more interested in the performing arts, don’t force him/her to watch football every Sunday.

In closing, I leave you with two quotes:

It is not what you do for your children, but what you have taught them to do for themselves that will make them successful human beings.

The most important thing a father can do for his children is to love their mother.

14. Do not be bound together with unbelievers; for what partnership have righteousness and lawlessness, or what fellowship has light with darkness?

15. Or what harmony has Christ with Belial, or what has a believer in common with an unbeliever?

That passage is so rigid. Is it impossible for a non-christian to be with a christian and have a healthy relationship? I find that some of the text in the bible is a bit extreme. For example, in the above passage,  (hate that word because you can be a believer but not a christian) non-Christians are described as lawless and dark. I haven’t done a survey or gathered statistical data on the issue, but I’m sure that there are some really pure at heart non-Christians in the world. Some even purer that Christians (thunder crackling).

What are your thoughts on the matter?

It’s a nice way to start the week. A change to my normal modus operandi. Most of us have a lot to be thankful for. My primary reason for not going to church though, was that I am of the view that you don’t have to physically attend a place of worship to give God (or whomever you worship) thanks and give praise. A relationship with God (or whomever) is not and should not be restricted to a building.

Suffice it to say, it turned out quite well. Today’s lesson was about sex — one of the many topics I am passionate about. The guest speaker described the body as “aesthetically appealing” for unmarried couples — a beautiful thing to be admired at a distance. And for married folks, she stressed the importance of pleasing their spouse. For married folks, their body is “aesthetically pleasing”. The husband’s body belongs to his wife and vice versa. Wives should always try and please their husbands and so too must the husband. Its a partnership.

As I there sitting in the pew observing, I realized that not much has changed though since my last visit. The congregation was quite vocal and passionate when it came to singing and the pastor did that thing where his altar call speech sounded like it was written with you in mind!

Did I mention that it rained when I got home? A sign maybe? 🙂 😆

When God created woman, he was working late on the 6th day.

An Angel came and said:

“Why spend so much time on that one?”

“Have you seen all the specifications I have to meet to shape her?”

“She must be washable but not plastic, have more than 200 moving parts which all must be replaceable and she must function on all kinds of food. She must be able to embrace several kids at the same time. Give a hug that can heal anything from a bruised knee to a broken heart and she must do all this with only two hands.”

The Angel was impressed.

“Just two hands … impossible!” “And this is the standard model? Too much work for one day … wait until tomorrow and then complete her”

“I will not! I am so close to completing this creation which will be the favorite of my heart”

The Angel came closer and touched the woman and said:

“But you have made her so soft”

“Yes she is soft, but I have also made her strong. You can’t imagine what she can endure and overcome”

“Not only can she think, she can reason and negotiate.”

The Angel touched the woman’s cheek.

“Lord it seems this creation is leaking! You have put too many burdens on her”

The Lord corrected the angel,

“Tears are her way of expressing grief, her doubts, her love, her loneliness, her suffering and her pride.”

The Angel was impressed. He said:

“Lord, you are a genius! You thought of everything. The woman is indeed marvelous”

“Indeed she is! Woman have strengths that amazes man. She can handle trouble and carry heavy burdens”

“She fights for what she believes in. She stands up against injustice. She doesn’t take “no” for an answer when she can see a better solution. She gives herself so her family can thrive. Her love is unconditional”

“She cries when her kids are victorious. She is happy when her friends do well. She is glad when she hears a birth or wedding.”

“Her heart is broken when a next of kin or friend dies, but she finds the strength to get on with life.”

There is only one thing wrong with her … she forgets what she is worth!!!

So cheers to all the women in the world. Today the universe reminds you of your worth.

This was extracted from pastor Joel Osteen:

In life, we’re always going to have critics. We’ll always have difficult people who try to upset us and steal our peace and joy. But, you don’t have to respond to every critic. You can decide to take the high road and let God fight your battles for you.

Sometimes, no matter what you say or do, there are people who aren’t going to accept you. They just don’t want to be at peace with you. In fact, when Jesus sent out His disciples to certain homes, He told them to always speak peace over those homes. And then He said in effect, “If they don’t receive the peace that you’re offering, then it will come back to you.” That tells me that if you will do your best to be at peace with people, even if they won’t take your peace, the good news is that peace will just come back to you. You’ll not only get your peace, but you’ll get their share as well!

That’s double for your trouble! When you do the right thing no matter what is happening, God sees it and rewards it. Today, stay in peace, cease from strife, and take the high road. Sow good seeds into others and watch the harvest of blessing come to your own life in return. 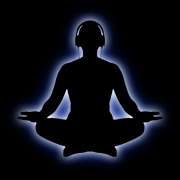 When you go through difficult times, make sure you pass the test. Don’t be stubborn and hardheaded. Recognize that God is refining you, knocking off some of your rough edges. Stand strong and fight the good fight of faith. God has called each of us to be champions; you are destined to win. If you will work with God and keep a good attitude, then no matter what comes against you, the bible says that all things – not just the good things in life, but all things – work together for your good.

We’ve all been tested at one point or another in our life. Whether it be with a difficult supervisor at work; or the annoying friend that rants incessantly; or the driver that just cut in front of you almost causing an accident, they are all TESTS. You might think that the universe is against you at times, but it’s these test that builds character.

If you pass the supervisor test, then you will be more than prepared the next time around.

Talking to the friend, sharing your feelings might help the situation

Instead of getting road rage, go to your happy place. (It could have been worse)

We are all human, and as such, we WILL get the occasional road rage or tell the supervisor to KYA, or tell the friend to STFU and suffer the consequences after, because in the moment people rarely think rationally and shit gets said. However, it shouldn’t be a habit. They are all TESTS. Whether you pass or fail a life test is completely up to you. 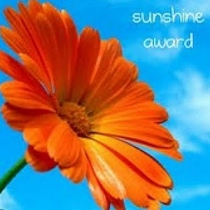 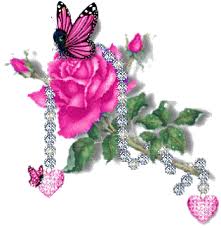